If you are looking for an article on the best shock collar, you won’t find it here.

Instead what you’ll find is the truth that yes, shock collars hurt dogs.

In this article we’ll cover the deceitful practices that manufacturers of these devices employ to have you believe they’re safe. We’ll also cover 4 reasons why you shouldn’t use one on your dog. Then, we’ll explain why the best dog shock collar is no shock collar, and what you use instead!

These devices have been around since the late 1960s and were initially designed to train hunting dogs. However, now manufacturer’s of these collars cleverly try to disguise them under terms like e-collars, static collars, remote training collars and, perhaps, the most misleading, positive reinforcement collar.

To be clear there’s nothing positive about these devices.

In fact, according to canine experts and behaviorists, these collars do more harm than good. Reported cases of mild to severe electrical burns and damage to the dog’s vocal cords are only the beginning of the horrible effects of shock collars.

So why do people still use them?

There’s a belief among some trainers and people that a “mild” shock is all it takes to curb a dog’s misbehavior. These folks and the manufacturer’s of these collars hide the real truth behind their cleverly worded rhetoric.

They promise quick results for behaviors such as barking, running, and jumping. They make it all sound comfortable and safe for your pet. They claim the shock collar is not an intended punishment, but rather a deterrent to their unwanted action.

However, these unwanted actions are all natural instincts to your pet.

Dogs bark to communicate and warn their owner of anything they perceive as out of the ordinary. Dogs run to exercise, explore the world around them and to alleviate boredom. Dogs jump because they’re excited. If you can’t handle these natural reactions from a dog, perhaps this species is not the best pet choice for you.

The Shocking Truth Behind Shock Collars

Once again, according to experts, a dog has the same capability to feel, experience and perceive as a 2 to 3-year-old child.

Research has also found that stress produces high levels of cortisol in both humans and dogs. High quantities of this chemical in the body over an extended period-of-time can increase the chances of heart disease, high blood pressure, hair loss, depression, and cancer. It can also cause damage to the emotional, neurological and psychological levels of your dog.

The truth behind the shock collar is it creates stress and fear in your dog. Both of these are counterproductive to learning.

Would you shock your toddler for talking too much?

Build a Loving Relationship Instead

Both of these goals dissolve when you incite fear, pain, and stress to control the other being. Also, these actions don’t empower your dog to learn, but rather disempowers and weakens any bond you may have previously created.

Regardless of what the manufacturers try to sell about shock collars, it does incite pain or at the very least, discomfort. Where is the positivity in that?

Another problem with the shock collar is the person using the remote may get frustrated. This frustration tends to lead to more shocks or more prolonged levels of the intensity. There have also been reports of everyday outright abuse from using these devices on dogs. 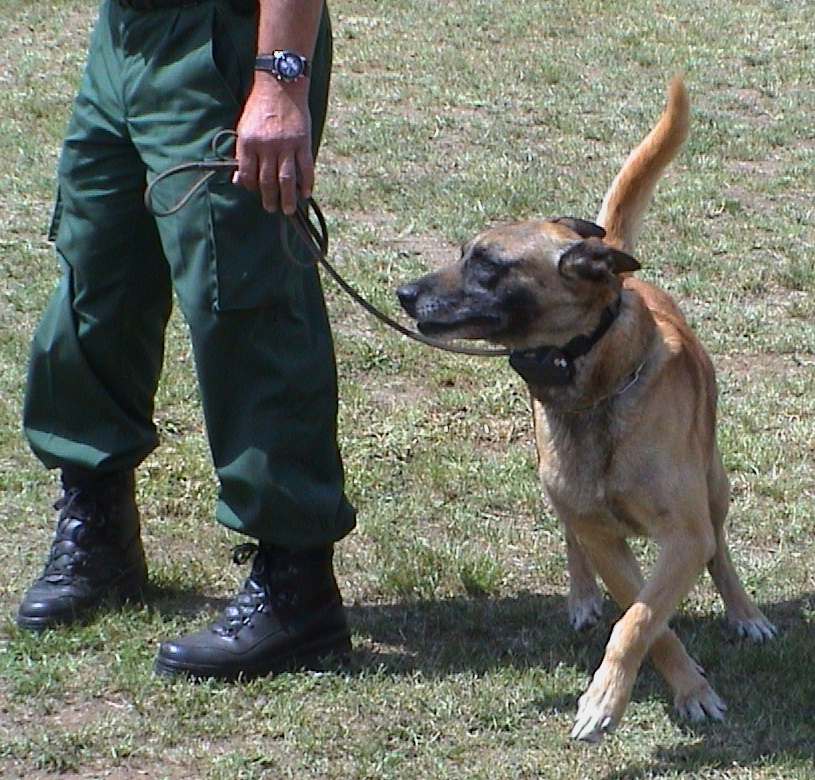 There are better ways to train your dog than with a shock collar.

4 Reasons Why You Shouldn’t Use a Shock Collar

In a nutshell here are the 4 reasons why you shouldn’t use a shock collar.

Any good dog trainer will tell you that positive reinforcement is a better method of training. These collars produce pain and discomfort regardless of intensity level.

These devices produce fear in dogs that wear them. In fact, some dogs associate the shock with people, objects or situations, NOT the behavior they’re intended to correct.

Frustrated by a dog’s behavior, some people tend to over-correct with these collars.

Some shock collars have also been known to go off on their own. Your dog will become confused by this action and may “correct” behavior that wasn’t even there.

Positive reinforcement training uses exciting verbal commands like “good boy!”, play time or training treats as a way to train. Your dog can also sense your energy and vibe. This method is far superior to negative reinforcement. Shock collars allow for none of these positive actions.

The Sad Reality of Remote Trainers

I know of a person who used an shock collar on his Beagle to “correct” her “over vocalizations.” This dog started out as a fun loving, affectionate and happy pooch. However, after using the device, the dog became timid, fearful and extremely stressed out.

Sure, he curbed the barking, but at what cost?

I shared the views of experts against the shock collar with him, and he eventually took it off of his Beagle.

Unfortunately, not before the psychological and physical damage was done. This once happy canine is now overweight, timid, and doesn’t want to play. She acts like she is about to be beaten every time someone goes near her.

Is this indeed what we want for our canine companions?

The shock collar is becoming illegal to use in many states and regions around the world.

The overall effects of the pain, fear, and stress it causes in a dog is counterproductive and just plain cruel. There’s absolutely no reason to use a shock collar when science has proven that positive reinforcement methods are more effective in the long run.

Even if your state or area hasn’t banned these torture devices, you can take a stand against them. Encourage those that want to use the collar to seek out a professional trainer that uses positive reinforcement techniques instead.

Dogs should be treated as members of the family, not objects to be controlled over with fear and pain. Afterall, shouldn’t we want to keep them as man’s best friend?

Sandie Lee has a love for all animals great and small, but dogs will always be “the cat’s meow.” She’s been writing professionally for over 20 years and loves to educate as well as entertain her readers.

Natural Dog Owner provides content to responsible dog owners in an honest environment with a relatable voice, helping them feel informed and better connected with their furry family member.